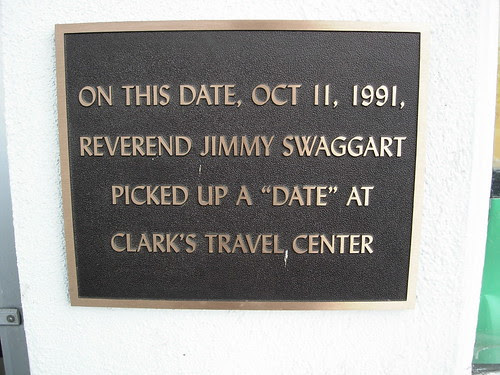 Normally, I'm pretty calm. But when I encounter a blithering, sanctimonious idiot like Jimmy Swaggart, my skin starts to grate.  And, no, it doesn't have anything to him being caught with a prostitute (uh... twice).  I don't know Swaggart personally.  For all I do know, his apology to his wife could have been genuine.  What happens between the two of them is their business, and I sincerely mean that.

However, when a man picks up a prostitute twice that we know of, yet has the gall, the absolute, unmitigated gall, to talk of killing even the most loving, faithful, loyal gays, lesbians, and transgender people that you would have a chance of meeting - that's Jimmy Swaggart.

I know that many of you love Jesus.  I know that there are many pastors, priests and chaplains - conservative, liberal, or every shade in between - who study the Bible diligently.  But there are those who are quacks.  His name is Jimmy Swaggart.
Posted by Emily Shorette at 8:36 PM