ezs note:  Oh, Louie, you crazy ol' lunatic, I can't help but love you.  Without meaning to, you help the ACLU go on. (hint, hint)  Please, Louie... go right ahead!
Posted by Emily Shorette at 7:01 PM No comments:

Transgender Woman Shot in Back in Garden Grove; Expected to Survive

ezs note:  If you have any information regarding this shooting, please call the Santa Ana police department at 1-714-245-8665.  And to the victim, please reconsider - we all would feel safer if this vermin were arrested!
Posted by Emily Shorette at 6:00 PM No comments:

A mother’s view of transgender equality

Judge: Transgender Inmates Must Have Access To Items That Match Their Identity 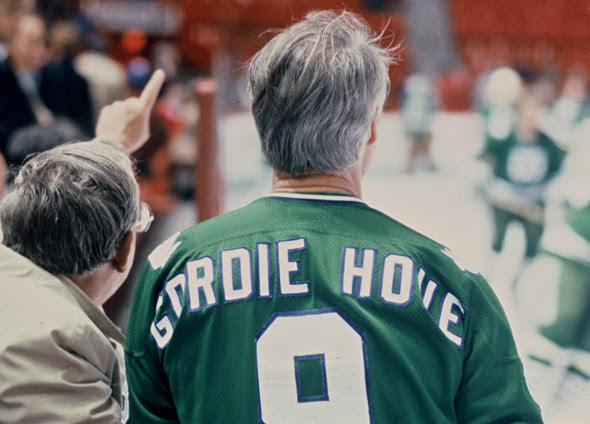 When I was little, I really didn't care that much for sports.  Baseball, football, basketball... eh...  Then a teacher told me about her love for hockey.  She and her husband were hockey nuts.  What the heck, I said, I'll give it a try.  The New England Whalers were playing the Minnesota Fighting Saints. (Remember them?)  For the first time, I went absolutely bonkers!  To this day, I watch the Stanley Cup finals avidly.  A little later, three players, Mark, Marty, and the most famous, Gordie, came to play for the Whalers.  Gordie had scored the most goals ever - and now he was playing for us, the Whalers!

I still remember the one game I saw him play.  The Whalers were playing in their new arena (the 'old' one had collapsed), and I had got a ticket to the brand new digs.  I was so happy!  Anyway, at some point in the game, Gordie got a penalty.  Two minutes went by - when you're young, time goes by so slowly.  When two minutes had passed, Gordie got out of the box - and the puck was right in front of him!!  He raced forward, took one shot, and scored!  Yay!

My condolences to his children Mark, Marty, Murray, and Cathy. And my deepest thanks to whom you brought the love of hockey.  Rest in peace, Gordie.
Posted by Emily Shorette at 4:07 PM No comments: